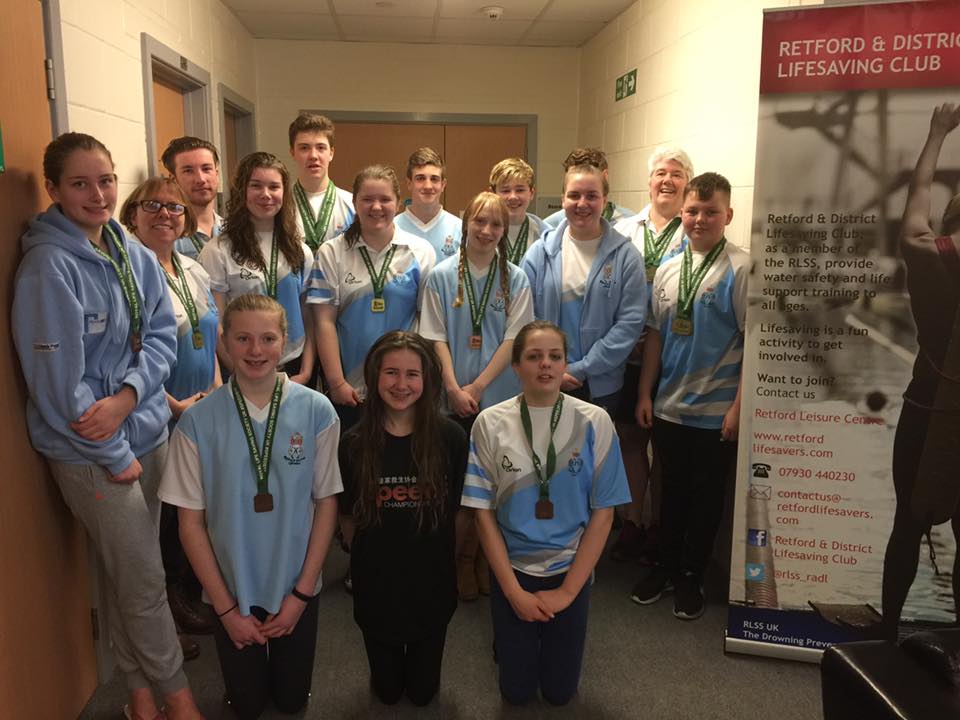 For 2017, the competition was held at Ponds Forge, Sheffield. The events took place 25th – 26th February. Retford Lifesavers took our largest ever team, with over 20 individual competitors. It was also our most successful Speed Championships ever, bringing back 13 national medals including 5 gold, as well as a whole heap of PB swims. We even broke a national record for the 10m Line Throw and had a club member selected to join the RLSS UK’s Performance Squad. These achievements placed Retford Lifesavers 9th overall, which is a fantastic achievement. Full results can be found on the RLSS UK website >

The National Speed Lifesaving Championships in 2018 will take place on 3rd and 4th March at Tollcross International Swimming Centre, Glasgow.